Power Tasting has frequently extolled the virtues of in-town tasting.  But we were thinking of towns like Healdsburg, Yountville or even far away in Montalcino in Italy.  It’s a very different but equally pleasurable experience to go wine tasting in a village that’s not near a major airport, has lots of local wineries, not one of them that could be called a palace.  If that sounds attractive to you, find your way to Los Olivos in California’s Central Coast.

There are many wineries and vineyards in the vicinity of Los Olivos.  Among the best known are Firestone, Beckmen, Fess Parker and the fabled Bien Nacido vineyard.  We suggest you visit these, but we particularly urge you to pull into “downtown” Los Olivos.   There’s not a lot to it: three blocks of Grand Avenue and two of Alamo Pintado Avenue that together host 32 (!) tasting rooms.  (A few of them specialize in beer, not wine, but that’s okay too.) 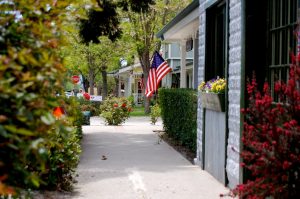 With all of these establishments to choose among, it’s a good idea to have a game plan when you visit Los Olivos.  Given enough time, you can at least in theory try all them all.  But for most wine tasters there’s probably only one day to sample among the town’s riches.  The usual rule of thumb of one hour per winery doesn’t apply here, not with one tasting room cheek by jowl with the next one.  So we suggest a walk down the two avenues to get a feel for the place.  Take note of the tasting rooms, but also enjoy the “little American home town” atmosphere.

While you’re at it, eat some food.  If you plan to return home that day, a degree of temperance is absolutely necessary.  Even if you stay overnight, you need to be selective.  There are a few places to eat, one of which were briefly featured in the movie Sideways.  In fact, one not very good reason to visit Los Olivos is to brag that you went where the movie was shot.  That was a long time ago and many of the wineries have changed since then. 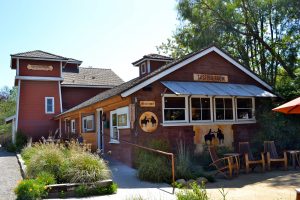 This being Central Coast, you will find a lot of Pinot Noir and Chardonnay.  The Pinots in particular have some real aficionados.  And if you are a red wine drinker, save some room for the Syrahs and Rhône blends.  We have found some of these to be excellent.

If you enjoy the wine you taste in the first, somewhat randomly chosen location, ask the server about other tasting rooms that might have similar wines.  There’s no guarantee that the server knows what you enjoy, so there might need to be a few visits until you hit your groove.  Another approach is just to choose the most attractive tasting rooms and enjoy the wine without concern for top quality.  To be honest, you are likelier to have the pleasure of discovering wines you never heard of in these tasting rooms than to finding the next Screaming Eagle.  Either way, you should have a good time in Los Olivos.

If you happen to be travelling through Cabrerolles in Languedoc in southern France…Wait, nobody just happens to be travelling through Cabrerolles.  For one thing, it’s little more than a blip on the map; a hamlet, not even a full-fledged village.  For another, it’s in the wine producing area of Faugères, which isn’t close to anything.  And the roads to get there are small, winding and hilly.  If you go there, you mean to be there.

But the visit is worthwhile, because there you will find the tasting room of Château de la Liquière (http://www.chateaulaliquiere.com/new/index.php?option=com_content&view=article&id=112&catid=34&lang=uk) .  It cannot be said that la Liquière is well-known in the United States, but it is occasionally available.  We first encountered their wine, specifically their Les Amandiers label, on a restaurant wine list.  We enjoyed it so much that we decided to make the trek to Cabrerolles to taste their other wines. 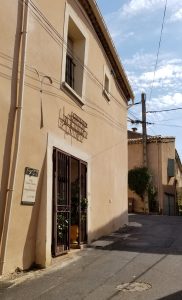 You drive across a valley where la Liquière has its vineyards.  As you pull into the hamlet on the main (basically the only) road, you’ll see a sign pointing up a hill to the winery.  Park at that sign and walk 100 meters.  There you’ll find a filigreed iron gate that welcomes you into a quaint tasting room.  If no one is there to greet you, just shout “Allo” and someone will descend from the office above to offer you a tasting.

The tasting room is rather dark, with only one small window, and the floor is made of paving stones.  There is a small bar but you’ll probably want to taste your wines at the barrel with a board on top of it.  La Liquière makes eleven wines – red, white and rosé – and you may find yourself confounded, as we were, when your server asks you, “What would you like to taste?”  You don’t want to be piggy and say “all of them” nor is that safe.  So just shrug and indicate you’d like to know their best wines.  (They speak a little English, poorly.  If you can struggle through a little French as well, you’ll be fine.)

We found that the wine we had drunk back home was near the bottom of their list.  The server was delighted that we had had the opportunity to try the Les Amandiers (available in all three colors) in America and told us that they had much better wines than that.  And indeed, two of la Liquière’s reds are bold, tannic red wines made of Rhône grapes.  Their Cistus label is made of Syrah, Grenache, Mourvèdre and Carignan.  The top of the line, Tucade, is primarily Mourvèdre, with some Grenache and Carignan.  These are age-worthy wines and indeed the Tucade ought to be put down for some time before opening.

Like all Faugères wines, those at la Liquière are quite minerally.  This derives from the schist soil makes up the ground in the hills.  It’s a taste that is distinctive and not to everyone’s liking.  We do like it and we have found la Liquière to be among our favorites in Languedoc.  Also typical of the better wines in the region today, la Liquière’s wines are “nature”, the equivalent of organic.  If you want to learn about the wines of Faugères, la Liquière is worth the trip.

Where we grew up, “Get lost!” (with an exclamation point) meant something between “fuhgeddaboudit” and a term unprintable in a genteel journal like Power Tasting.  However, we mean it as respectful suggestion: when you’re in Wine Country, allow yourself to get a little lost.  Sometimes that means you’ll miss the best known wineries along the best known roads, but there are also the cases in which the owners of premier vineyards deliberately placed them where caravans of tourists would not be passing their front gates.

By all means, travel on the main drags, such as Route 29 in Napa Valley, the Route des Grands Crus in Burgundy and the Strada della Badia di Sant’Antima in Montalcino. But also prepare yourself for the little excursions off the central roads and you’ll get to experience Wine Country the way the locals do.

We have been enjoying wine tasting for many years.  We keep going back to Wine Country because of the beauty of the environment, enjoying our favorite wines, getting to know the terroir and the people who make wine.  At this point in our wine tasting “career” we get our greatest enjoyment from making discoveries.

There are different sorts of discoveries and all are wonderful because they are, by definition, unexpected.  One sort is finding that a winery that we’re already familiar with has some delicious wines that we didn’t know that they made.  In recent months, one such was Etude Wines’ L’Esprit, their new dessert wine, which we hadn’t ever heard of, even though we are members of their wine club.  For another example, we knew all about Robert Mondavi Winery’s top-ranked Cabernet Sauvignons.  But we were unaware of the depth of their portfolio of Pinot Noirs. 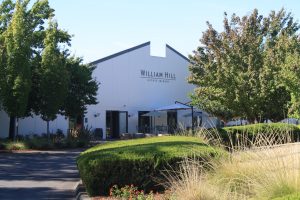 The reverse can also happen, finding that a winery that we hadn’t thought much of can produce some high-quality wines.  Very often that’s because those that focus on the mass market only allow their winemakers to make small amounts of finer wines, just to show off their chops.  These wines are usually available only in the tasting rooms and then only in small quantities.  The only way you’ll ever get to taste them is on a wine tasting trip.  When we find some of these wines, we leave the winery with a smile and the lingering taste of surprising wine on our lips.  Without casting aspersions on any winery, we’ve had that experience at Clos Du Val and William Hill Winery in Napa Valley. 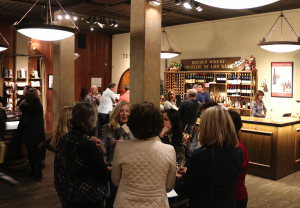 The tasting room at Testarossa Winery.  Photo courtesy of the winery.

We have also had the happy experience of finding great wine in a region where we visited with low expectations.  Our best recent find in that regard was at Testarossa Winery in, of all places, California’s Silicon Valley.  There among the software we found Pinot Noirs that completely wowed us.  They are located at the northern end of the Santa Clara Valley where, we must sadly state, we found no other wines that came even close to what Testarossa can do.

Then there are the discoveries of a whole different sort that occur when we travel internationally.  Sure, we knew that places like Australia and South Africa had vineyards.  But very often the wines that are exported to the United States are of the mass production variety.  That way there is enough volume to make it worthwhile for the States-side importers to bring them here.  If you are lucky enough to discover their top-end wineries and wines before they become internationally known, you can do some fabulous tasting before the wines get terribly pricy.  Perhaps our favorite example was buying bottles of Henschke Hill of Grace in Australia for $25; today they go for $800!

The secret to making wine tasting discoveries is being open to them.  Just because you may not have heard of a region, a winery or a wine doesn’t eliminate the possibility of finding something you’ll really enjoy.  In fact, it’s the possibilities that make wine tasting such a life-long avocation.  There’s always something new – that’s why they put vintage years on the labels – and there’s always someone who’s making great stuff that we haven’t heard of.  So let’s go wine tasting and see what’s over the next hill.