Back in the day, there was a pop song called, “Kisses Sweeter than Wine”.  That singer wasn’t talking about an ultra-brut Champagne or a Chianti.  Today, most people who enjoy wine tasting are sipping table wines, not dessert wines.  Sweet wines have been around since Biblical times, but they aren’t the focus of winemaking in most parts of Wine Country. 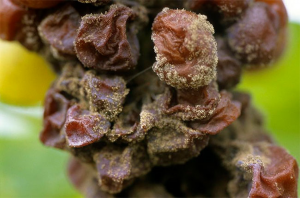 Now there are some great sweet wines available.  The best known are from Sauternes in France and Portugal, with Château d’Yquem the best known in the former and a lot of great producers of the latter.  There is Passito from Sicily, or more properly from the tiny island of Pantelleria near Sicily.  In Valpolicella you can find Recioto, which is Amarone for which they stop fermentation while much of the sugars remain.  The Australians make some great ones and call them “stickies”.  And many Canadian and American wineries make fine dessert wines as well.  But with some notable exceptions, these sweet wines are the encore, not the main show. 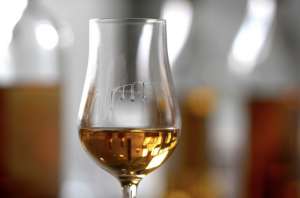 If you’re in most of Wine Country and you want to find out what the wineries have to offer for after-dinner sipping, there are some things you ought to do.

Dessert wines are made from shriveled grapes, in which the juice is extremely concentrated.  Naturally, you don’t get a lot of wine from a bunch of scrawny grapes and that’s what makes dessert wines so expensive.  They are often sold in half-bottles, so maybe allow yourself a luxury purchase after you’ve tasted some that you liked.