It is meaningful to say that you are visiting a specific area of Wine Country.  You don’t say, “We’re going to France for wine tasting”.  It’s too big and too varied, so you might say Bordeaux or Burgundy.  California is very large and varied as well, so you say Napa Valley or Sonoma County.  But if you say that you’re going wine tasting in California’s Central Coast, you’re covering an area so vast that it’s hard to say anything meaningful at all.

It’s more than 300 miles from Santa Barbara to Alameda County, the southern and northern extremes of the Central Coast.  Some AVAs are well established; they’ve been making wine in and around Santa Barbara since the days of the Spanish colonization.  Other areas have only recently realized that excellent wine can be made from grapes grown on their soil.  For instance, there have only been vineyards in the Santa Lucia Highlands since the 1970’s.  So let’s take an abbreviated tour up the coast. 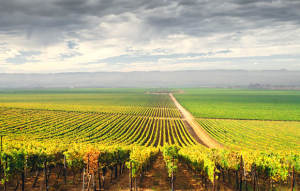 The Bien Nacido vineyard in the Santa Maria Valley is renowned for its Pinot Noirs.  Photo courtesy of the Santa maria estate. 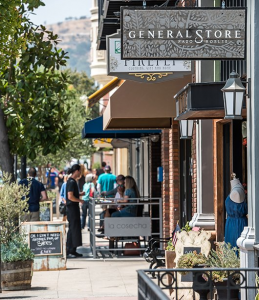