When we were young(er) and just beginning to enjoy wine, we thought there were only two sorts of wine: Bordeaux and other.  Now, we still love a good Bordeaux and the best of them are among the world’s finest.  We knew about the Classified Growths from the 1855 survey but they became more and more expensive, so we drank less of them.  And we also recognize that there is a lot of wonderful wine from other countries and regions in France.

Then we discovered the Crus Bourgeois.  These are red wines from the Médoc region, which means that St. Emilion and Pomerol, as well as other Right Bank regions are not included.  As far back as the 15th century, these wines were produced on properties of the middle classes, meaning the merchant class, from the cities (or bourgs).  The nobility had their grand vineyards and could charge premier prices; the bourgeois were happy just to make and sell good wine. 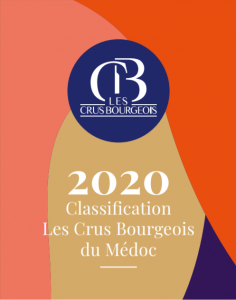 But the designation became so widely used that there was no reason at one time to believe that a cru bourgeois was any more than plonk.  So several times in the 20th century the growers tried to bring some order to the confusion.  In 2003, there was a classification with three levels: just plain Crus Bourgeois, then Supérieur and Exceptionnel.  That top tier had only nine châteaux, many of them considered the equivalent (or better) of some Classified Growths.  To say the least, the list was controversial and was dropped in 2007 in favor of just one level.

In 2016, they tried again.  They returned to the three levels and judged the wines over a five-year period, beginning in 2018.  Fairly rigorous standards were published (https://www.crus-bourgeois.com/app/uploads/2020/03/Press-kit-2020-Crus-Bourgeois-du-M%C3%A9doc-Classification.pdf ) and the list was announced this year.  Sadly, none of the Crus Bourgeois Exceptionnels from 2003 participated, so such favorites of ours as Chasse-Spleen, Haut-Marbuzet and Ormes de Pez aren’t there.

The selection criteria are rather interesting and are indicative of the direction of the marketplace.  Of course, the Cru Bourgeois wines have to meet criteria of taste and aroma.  An anonymous blind tasting panel makes the initial cut at what is and is not a Cru Bourgeois.  In order to qualify as a Cru Bourgeois Supérieur or Exceptionnel, there are additional considerations.  They have to do with the sustainability of the agriculture in the vineyards and winery.  They also deal with management’s actions “to optimize the character of the wine (vineyard, harvest, winery, bottling, quality assurance system)”.

A real eye-opener for those of us who might travel to Bordeaux for wine tasting, one of the criteria for the advanced designations is the “quality of reception of visitors”.  In other words, to be a Cru Bourgeois Exceptionnel, these wineries must offer an exceptional experience for those who come to sample the wine in their tasting rooms.  Of course, we at Power Tasting are delighted with this development.  The “quality of reception” is an expression of a winery’s attitude towards their customers, not least the ones who care enough to come to visit.  The fact that the way they treat wine tasters can affect a wine’s recognition and sales, shows again that wine tasters can affect the market for wine.