When you go wine tasting, you don’t expect to like everything you try.  In most cases, that’s simply a matter of taste.  No winery is capable of appealing to everyone and no visitor is required to like everything he or she samples.  But here we’re not talking about a wine you just don’t enjoy.  It doesn’t happen often but in some rare cases, the wine that’s put in you glass is simply tainted.  Sadly, it happens with bottles that you bring home from the store, too. 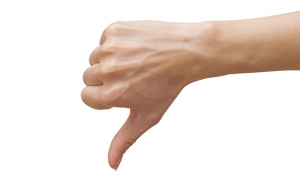 When it happens in a tasting room, it’s fairly important to recognize the flaw in what you’re tasting and report it to the server or the tasting room manager.  They want to know if there’s a problem and prevent shipment of wines that are simply bad.  Each of the following instances has happened to us at one time or another although, as we say, it’s been rare.